I am an award-winning mathematics and science journalist whose work has appeared in Quanta, Nature, The Atlantic, New Scientist and many other publications, and has been reprinted in the 2010, 2011, 2016 and 2020 volumes of "The Best Writing on Mathematics."

A Number Theorist Who Solves the Hardest Easy Problems

July 1, 2020 — In his rapid ascent to the top of his field, James Maynard has cut a path through simple-sounding questions about prime numbers that have stumped mathematicians for centuries.
Quanta Magazine Link to Story

March 19, 2019 — A founder of modern geometric analysis who produced “some of the most dramatic advances in mathematics in the last 40 years,” Uhlenbeck is the first woman to be awarded this top honor.
Quanta Magazine Link to Story

February 6, 2019 — Over the course of a wildly prolific career, Belgian mathematician Jean Bourgain would repeatedly enter some area, solve several of its outstanding problems and create an entirely new field of study in the process.
Nature Link to Story

A Collector of Math and Physics Surprises

November 27, 2018 — Tadashi Tokieda lives in a world in which ordinary objects do extraordinary things. Jars of rice refuse to roll down ramps. Strips of paper slip past solid obstacles. Balls swirling inside a bowl switch direction when more balls join them. Yet Tokieda’s world is none other than our own. His public mathematics lectures could easily be mistaken for magic shows, but there’s no sleight of hand, no hidden compartments, no trick deck of cards.
Quanta Magazine Link to Story

A Poet of Computation Who Uncovers Distant Truths

A Number Theorist Who Bridges Math and Time

August 1, 2018 — Akshay Venkatesh, a former prodigy who struggled with the genius stereotype, has won a Fields Medal for his “profound contributions to an exceptionally broad range of subjects in mathematics.”
Quanta Magazine Link to Story

A Master of Numbers and Shapes Who Is Rewriting Arithmetic

August 1, 2018 — The 30-year-old math sensation Peter Scholze is now one of the youngest Fields medalists for “the revolution that he launched in arithmetic geometry.”
Quanta Magazine Link to Story

A Mathematician Who Dances to the Joys and Sorrows of Discovery

November 20, 2017 — “Nadie te quita lo bailado.”(No one can take from you what you've danced.) For Federico Ardila, this Latin American expression epitomizes his approach to life and mathematics. It’s the driving force behind the parties he DJs in venues across the San Francisco Bay Area, where people dance till morning to the beats of his native Colombia. The dance floor is a place “where you have your freedom and you have your power, and nobody can take that away from you,” Ardila said.
Quanta Magazine Link to Story

The Oracle of Arithmetic

June 28, 2016 — In 2010, a startling rumor filtered through the number theory community and reached Jared Weinstein. Apparently, some graduate student at the University of Bonn in Germany had written a paper that redid “Harris-Taylor” — a 288-page book dedicated to a single impenetrable proof in number theory — in only 37 pages.
Quanta Magazine Link to Story

A Brazilian Wunderkind Who Calms Chaos

August 12, 2014 — Artur Avila’s solutions to ubiquitous problems in chaos theory have earned him Brazil’s first Fields Medal. It was pouring rain on a chilly spring day, and Artur Avila was marooned at the University of Paris Jussieu campus, minus the jacket he had misplaced before boarding a red-eye from Chicago. “Let’s wait,” said the Brazilian mathematician in a sleep-deprived drawl, his snug black T-shirt revealing the approximate physique of a sturdy World Cup midfielder.
Quanta Magazine Link to Story

August 12, 2014 — The search for artistic truth and beauty has led Manjul Bhargava to some of the most profound recent discoveries in number theory. For Manjul Bhargava, the counting numbers don’t simply line themselves up in a demure row.
Quanta magazine Link to Story

A Tenacious Explorer of Abstract Surfaces

August 12, 2014 — As an 8-year-old, Maryam Mirzakhani used to tell herself stories about the exploits of a remarkable girl. Every night at bedtime, her heroine would become mayor, travel the world or fulfill some other grand destiny.
Quanta Magazine Link to Story
View More Stories

I have been writing about mathematics and science for a popular audience for more than 20 years. A mathematician before I became a full-time journalist, I try to convey the essence of complex mathematical ideas to non-mathematicians, and give them a sense of the beauty and depth of mathematics.

As a freelance journalist based in Berkeley, California, I have written for many publications, including Quanta Magazine, Nature, ScientificAmerican.com, New Scientist, American Scientist, Wired.com, Nautilus, and Science News, for which I was the mathematics correspondent for several years. I've also been the journalist in residence at the Mathematical Sciences Research Institute in Berkeley and at the Simons Institute for the Theory of Computing at the University of California, Berkeley. My work has been reprinted in the 2010, 2011, 2016 and 2020 volumes of "The Best Writing on Mathematics."

I received the 2021 Communications Award from the Joint Policy Board for Mathematics, which recognizes journalists and other communicators who, on a sustained basis, bring accurate mathematical information to nonmathematical audiences. 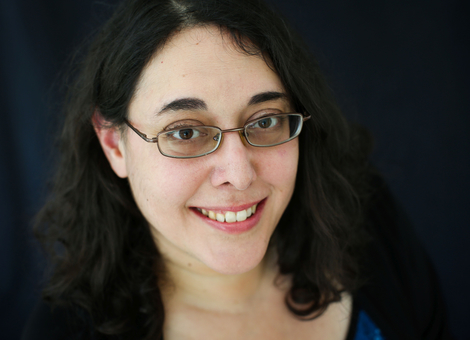